Why a little radiation is good for you: taking it to your heart

What do you first think of when you hear the words ‘nuclear’ and ‘radiation’? Both terms have featured in the world news recently and have generally been associated with public concern: Fukushima in Japan, Chalk River, and excess CT-radiation doses in the USA. So, is it worth having radiation-producing power plants and medical devices? Are there benefits to society’s health that make these technologies worth having? This talk will briefly introduce the balance of risk versus benefit of nuclear radiation then focus specifically on how imaging of the heart, using radiation, helps diagnose, prevent and track treatment of the 1.3 million Canadians suffering from life-changing heart disease. 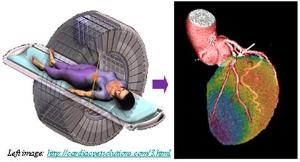 The universe appears to be composed of two types of things: matter and energy. Scientists use the words atom, nucleus, electron, proton, and neutron to describe matter, which gives the impression that the matter in the universe is made up of particles - very tiny, sphere-like objects. But developments over the past 100 years have found that even individual particles sometimes behave more like waves than spheres. From historical perspectives to modern views, this talk explores the nature of matter and describes what these particles and waves are from a scientific perspective.

This talk is part physics and part metaphysics, discussing the interpretations of scientific experiments without the use of equations. This talk is aimed at a general audience, and no prior experience with physics is required. 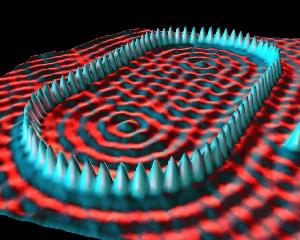 One of the goals of particle physics is to explain the structure of matter at the smallest distance scales. Over time, matter has been investigated in ever greater detail. However, even today some profound questions remain unanswered. What is the origin of mass? What is the source of dark matter in the universe? Such fundamental questions will be addressed with the ATLAS detector. The high-energy collisions produced at CERN’s Large Hadron Collider will provide, for a brief instant, the energy necessary to produce new forms of matter. This presentation will illustrate how ATLAS uses a very large scale proton collider to probe the incredibly small, which can provide answers to questions on a universal scale! 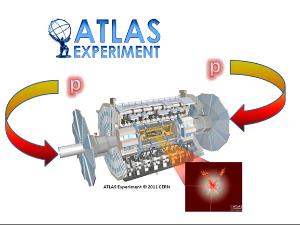