Description (as per FGPA Awards website): Awarded annually, on admission, to an outstanding M.Sc. or Ph.D. student(s) in the Department of Physics specializing in Medical Physics. Eligible recipients may not hold a major external award including an NSERC PGS, OGS or OGSST. This scholarship is not renewable.The scholarship is awarded by the Dean of Graduate and Postdoctoral Affairs upon the recommendation of the Chair of the Department of Physics. Endowed in 2004 by family, friends and colleagues of Robert L. Clarke, Distinguished Research Professor, and founder of the Ottawa Medical Physics Institute (OMPI) to celebrate the 15th anniversary of the OMPI.

The Clarke Scholarship targets strong incoming medical physics students without major external scholarships and is used to give them additional time for academic achievement by relieving them from TA duties during their first year.

The first awarding of the Scholarship, in the 2008-2009 academic year, was publicly celebrated at a reception with members of the Clarke family 2009 February 13. 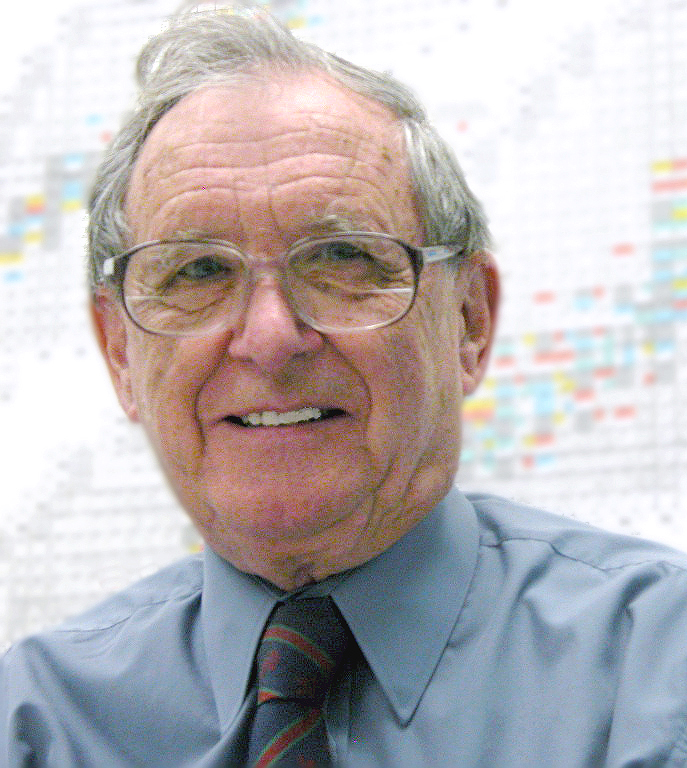 Robert Lee Clarke was born in Vermilion, Alberta on April 17, 1922 to Harold J. Clarke and Leonora Opfergelt Clarke. He was educated in Vermilion, then at the University of Alberta (1939 – 1943), where he received the Governor General’s Medal upon graduating with a Bachelor of Science. He went on to McGill University (1945 – 1948) to receive a Ph.D. in Physics. He worked at the National Research Council from 1943 to 1945, and Atomic Energy of Canada Ltd. from 1948 to 1968.

In the Physics Branch at AECL's Chalk River Laboratories, Bob's research included work with the Van de Graaf accelerator and extensive measurements of activation by, and scattering of, 14 MeV neutrons. In collaboration with a chemist he also organized, and for a time taught at, a Reactor Physics School aimed primarily at students from outside Canada. A number of the graduates subsequently took positions in the Canadian Government.

He then joined the Physics Department of Carleton University where he served as Department Chair in the 1970s. He also served on numerous University committees and Senate. Bob Clarke introduced medical physics as a new area of research in the Department of Physics and led the establishment of the medical physics graduate program. He formally retired in 1987, but continued his research on therapeutic ultrasound right up until the month before he died. In addition, he spent many periods of research at the Institute of Cancer Research at the Royal Marsden Hospital in Belmont, Surrey, United Kingdom. In 2005 Carleton named him Distinguished Research Professor.

The medical physics program that Bob inaugurated has prospered. On the occasion of the fifteenth anniversary of the Ottawa Medical Physics Institute in 2004, the Robert Clarke Graduate Scholarship in Medical Physics was set up.

Devoted to Canada and to physics, Bob was a long-time member of the Canadian Association of Physicists, the Canadian Nuclear Society, and the Canadian Organization of Medical Physicists. He enjoyed many professional and personal friendships.

In 1943 he met Vera Powell at N.R.C. They were colleagues in the Optics Section, and were married in 1945. They had four children: James (Betty Lam), Gwyneth (Craig Lewis), Alan (Madeline Weld), and Brian (Sandra Cooney). By the time of Bob’s death in 2005, there were eleven grandchildren.

His many friends enriched and broadened his life, as he did theirs. Bob’s interests were wide-ranging.He enjoyed games of tennis, and later squash until early 2005. For many years he flew small airplanes, in the U.K. and in Canada. He bicycled around Ottawa and took grandchildren boating on Dow’s Lake.He enjoyed concerts at the National Arts Centre, attended Wednesday meetings at Riverside Kiwanis and delivered Meals on Wheels. He travelled extensively in Canada and in the U.K., and in many other parts of the world from Nigeria to Japan and places in between.